-- Evening tour program will interpret holiday celebrations and hardships in prisons then and now, running select nights November 26 through December 30 --

Eastern State Penitentiary Historic Site brings back its popular Night Tours program, this time celebrating the winter holidays, on select evenings from November 26 through December 30, 2021. A self-guided audio tour, large-scale projections of historic photographs and films, Pop-Up Museum displaying Eastern State artifacts, and activities like holiday card writing stations will bring the stories of holidays in prisons, then and now, to the public this winter.

Night Tours: Winter Holidays will feature an indoor version of The Fair Chance Beer Garden with craft beers by Triple Bottom Brewing Company and Detroit-style pizza from Down North Pizza, both fair chance businesses providing employment to people who may otherwise be excluded from the mainstream economy, including people who have been incarcerated. In addition, hot chocolate, s’mores, and a selection of seasonal treats from The Monkey & The Elephant, Philadelphia’s first and only non-profit coffee shop, will be available for purchase.

Visitors are also encouraged to bring a new, unwrapped toy or book for the historic site’s annual holiday toy drive benefiting children with currently or recently incarcerated parents. Visitors who donate will receive a “Buy One, Get One Free” voucher for daytime tour admission.

Activities:
Eastern State’s Catholic Chaplain’s Office, featuring a nativity scene mural painted by a prisoner in the 1950s, will be open to visitors for the first time since the onset of the COVID-19 pandemic. Holiday card writing stations there and in The Alfred W. Fleisher Memorial Synagogue, used for Jewish services beginning in the 1920s, will invite visitors to compose holiday cards for people who are incarcerated, and to reflect on the challenges facing families separated by incarceration during the holidays.

A multimedia presentation created by men currently incarcerated at the State Correctional Institution – Chester, a Pennsylvania state prison located just outside Philadelphia, will highlight first person accounts of contemporary holidays behind bars. The piece has been developed specifically for Night Tours: Winter Holidays at Eastern State. Outside in one of the penitentiary’s historic courtyards, visitors can roast s’mores while viewing historic photos and watching films about winter holiday celebrations in American prisons, projected onto one of Eastern State’s massive, stone walls.

Pop-Up Museum:
During Night Tours: Winter Holidays, Eastern State will present its popular Pop-Up Museum. Historic artifacts and photographs from Eastern State’s archives, selected by guest curator Adrienne Whaley, will be displayed in a temporary exhibit space. This year's theme is race and segregation at Eastern State Penitentiary. Featured artifacts will include mugshot books and Bertillon intake cards, a silver collar pin (badge) worn by an Eastern State guard, and a copy of The Autobiography of Malcolm X recovered inside the penitentiary. Eastern State’s archives are packed with historic treasures that the public rarely sees. Thousands of artifacts are numbered and tucked carefully into museum-grade storage in the site’s administrative offices. Visitors often see photographs of these treasures, but the abandoned penitentiary's lack of museum-quality exhibit space makes it impossible to exhibit artifacts year-round.

Holiday Toy Drive:
One in 28 American children has a parent behind bars. In Pennsylvania alone, there are approximately 81,000 children with a parent incarcerated in a state prison.

Eastern State Penitentiary will continue its annual tradition of hosting a toy drive benefiting local children whose parents are currently or recently incarcerated. Visitors are encouraged to donate toys and books that support children’s imaginations, literacy skills, self-esteem, and creativity.

From November 26 through December 22, anyone who donates a toy or children’s book at the historic site will be granted a “Buy One, Get One Free” daytime tour voucher.

Donations will be accepted during daytime tour hours (Wednesday through Sunday, 10:00 am to 5:00 pm) as well as during Night Tours: Winter Holidays. Visitors may drop off donations even if they are not planning to take a tour. Items can also be purchased online and shipped directly to the penitentiary:

“For many people, the winter season is spent with loved ones, sharing meals, perhaps exchanging gifts, celebrating family and spiritual traditions with one another. But for the approximately 85,000 people who were once incarcerated at Eastern State, and the 2.1 million people incarcerated in America right now, this can be an especially hard time of year,” said Sean Kelley, Eastern State Penitentiary’s Senior Vice President, Director of Interpretation. “The toys collected through this drive are distributed through partner organizations working with families separated by incarceration. Our partners distributed more than 1,000 toys in 2019. Many people who donate to our annual holiday toy drive tell us this modest gesture becomes a highlight of their holiday season."

Tickets can be purchased online at www.EasternState.org, or at the door, subject to availability. Free admission for Eastern State members.

Eastern State Penitentiary is also open for daytime tours year-round. Current hours of operation are Wednesday through Sunday from 10:00 a.m. to 5:00 p.m.

Continued safety measures will remain in place. Staff and visitors ages two and older, including those who are vaccinated, are required to wear masks indoors as required by the City of Philadelphia. Hand sanitizer is available throughout the site, and visitors are encouraged to keep six feet of distance from others. Hours of operation and health and safety guidelines are subject to change. For the latest information, the public should visit www.EasternState.org.

Holiday Celebrations Throughout Eastern State’s History:
The ways in which Eastern State Penitentiary staff and prisoners marked the winter holidays evolved over time, with celebrations ranging from reverent to playful.

Thanksgiving
To celebrate Thanksgiving, Eastern State officials afforded the prisoners modest privileges. From the mid to late 1800s, officials distributed apples to each prisoner. This small gift was likely a welcome break from their everyday diet of meat pies, soups, stews, and cornmeal porridge. In 1904, prisoners ate roast beef and browned potatoes. And in 1946, prisoners enjoyed ice cream purchased by the Prisoner’s Welfare Fund. In the 20th century, Eastern State often marked major holidays with a concert by the prison band in the center surveillance hub. Sometimes outside choirs and performers visited on holidays. Other leisure activities included football matches and movie screenings. Special church services were held in Eastern State’s chapel, and holiday visits from family and friends helped many individuals maintain connections to the outside world.

Hanukkah
The first mention of Hanukkah at Eastern State appeared in the Warden’s Daily Journal from December 13, 1925, one year after the prison’s synagogue was constructed. Warden John Groome reported, “To mark the first night of Hanukkah, the Young Men’s Hebrew Association glee club performed for the inmates in the prison’s center surveillance hub.” Similar celebrations continued in the years to follow. On December 18, 1930, Warden Herbert Smith reported, “As part of Hanukkah festivities, a theater troupe performed in the prison’s synagogue for Eastern State’s Jewish inmates.” In 1960, Jewish Chaplain Rabbi Dr. Victor Solomon told prison newspaper The Echo, that Hanukkah proclaims light “to dethrone the darkness of hate and prejudice, greed and arrogance which still reigns supreme in many human hearts."

Christmas
In the 19th century, incarcerated people, all held in solitary confinement, were given a special Christmas Day meal of pork or beef, mashed potatoes, turnips and apples. Gifts were permitted as long as they weren’t perishable. In the late 1800s, carolers walked the cellblocks, hinting that the solitary era at Eastern State was coming to an end. Writing in his journal on Christmas day in 1890, the warden reflected, “In the afternoon a brass band came and made good music for the prisoners.”In the 20th century, a congregate system replaced solitary confinement, and a newly built chapel allowed prisoners to celebrate Christmas together. In 1934 Eastern State’s chaplain wrote, “Christmas morning, the Chapel looks lovely, nearly four hundred of the boys have been released for this first mass at 5 A.M.” By 1926, holiday fare included chicken, cranberry sauce, chicken gravy, sweet potatoes, mince pie, coffee, bread, candy and cigars; the meal was enjoyed in two new mess halls, each seating 400 people. By the 1950s, each cellblock had at least one Christmas tree and in some cases, guards brought decorations from their own homes to adorn the prison. In 1916 the prison’s newspaper The Umpire, wrote that “a life-like plaster cast of Santa Claus is a work of art that the institution can be proud of.”

New Year’s
It is unlikely that people incarcerated at Eastern State were encouraged to celebrate the New Year in the prison’s early, solitary era. However, on New Year’s Eve in 1899, Warden Daniel Bussinger noted that the 1800s had officially given way to the 1900s, which called for a special celebration: “Previous to last year it had been customary to allow a slight demonstration in passing from the old to the New Year. Last year Warden Cassidy requested that no demonstration be made which was adhered to by the inmates. I have felt inclined to adhere to Mr. Cassidy’s order, but as it is the closing of the century as well as the year have concluded to allow a five minute demonstration, that at the sound of the bell from the Centre all noise should cease.” In the mid-1900s, New Year’s traditions included special TV programs. In the late 1950s and early 1960s, the institution’s TVs were turned on so that the prisoners could watch the Rose Bowl football game and the annual New Year’s Day Mummers Parade, a Philadelphia tradition. 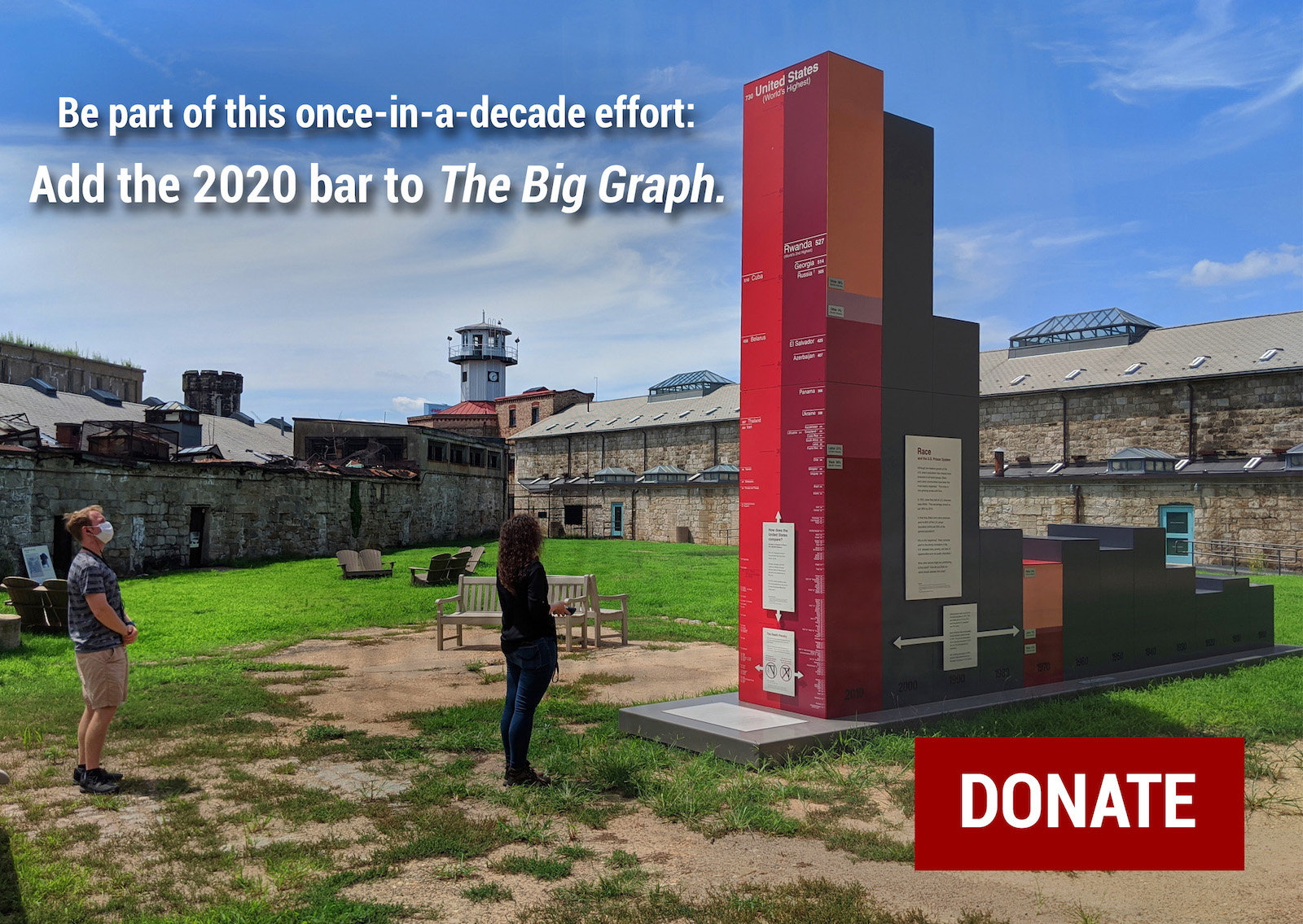