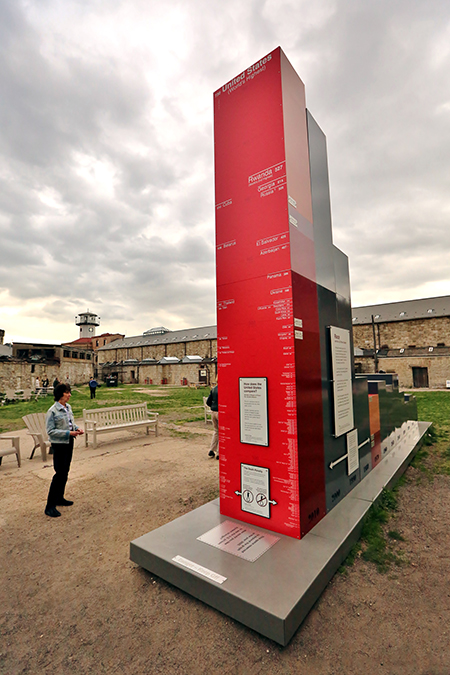 The United States imprisons approximately 2 million citizens, the highest incarceration rate in the world, by far, and yet has no national prison museum. Now, Eastern State Penitentiary is introducing public dialogue around issues of crime, justice, and the changing face of our criminal justice system.

The Big Graph can be updated through the year 2030.

From The Big Graph text:

The expansion of the U.S. prison system in the past 40 years is truly historic in scale. For more than a century, the U.S. imprisoned between 100 and 200 people for every 100,000 citizens. That began to change around the time that Eastern State Penitentiary closed in 1970. New laws and longer prison sentences began to dramatically increase the prison population. Today the U.S. imprisons nearly 700 people for every 100,000 citizens. This is the highest rate of incarceration in the world. Crime rates have gone up and down throughout these years. They are largely independent of the rate of incarceration.

The Big Graph is on view during all public hours. Included with admission to the historic site.

Prisons Today: Questions in the Age of Mass Incarceration is a companion exhibit to The Big Graph. Learn more.

The Big Graph is supported in part by revenue from Eastern State Penitentiary's Halloween fundraiser and a grant from The George W. Rentschler Foundation.