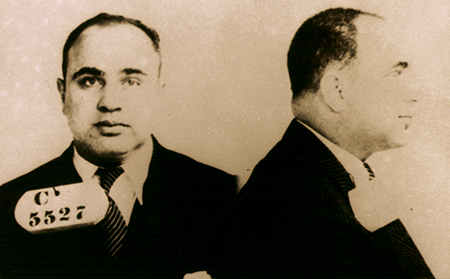 Alphonse “Scarface” Capone got his first taste of prison life in Philadelphia. 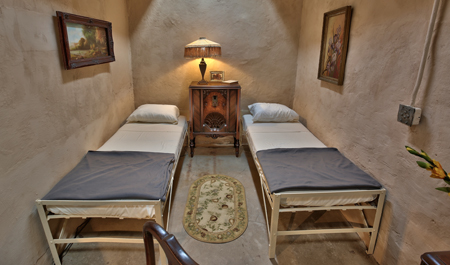 He stopped in Philadelphia while traveling from Atlantic City back to his home in Chicago in May, 1929. He was arrested outside a movie theater for carrying a concealed, unlicensed .38 caliber revolver. The Philadelphia courts were tough.

They handed Capone the maximum sentence: one year in prison.

Capone served seven months of that sentence in this cell. But while the Philadelphia courts tried to make an example of Chicago’s famous bootlegger, the officials at Eastern State Penitentiary were very nice to Al Capone.

Philadelphia newspapers noted that Capone's cell contained fine furniture, beautiful rugs, tasteful paintings, and a fancy radio. He liked to listen to waltzes in his cell.

Capone’s arrest came at a time of escalating mob violence in Chicago, and he was often accused of hiding in prison intentionally. He spent thousands of dollars trying to get himself released, and he denied all his life that he came to Philadelphia to hide.

Al Capone's Cell is on view during all public tour hours. Included with admission to the historic site.