The piece uses the 1969 Stonewall Riots as a starting point to address issues facing gay and transgender prisoners.

The riots began after a police raid on the Stonewall Inn, a gay bar in New York City. Police arrested thirteen LGBTQ+ patrons. Many of the patrons resisted the police raid, and the following day thousands of people marched in the streets, speaking out about unfair treatment under the law. It was the start of the modern LGBTQ+ rights movement. 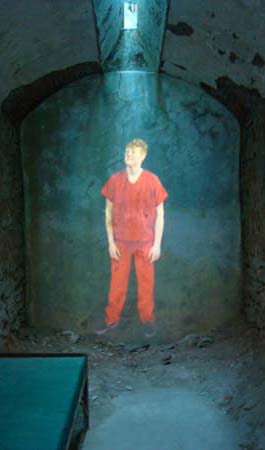 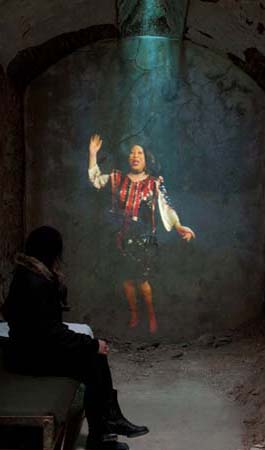 The artist has developed these monologues based on the experiences of real individuals.

Eastern State receives State arts funding support through a grant from the Pennsylvania Council on the Arts, a state agency funded by the Commonwealth of Pennsylvania and the National Endowment for the Arts, a federal agency. Arts programming is also made possible with funding from Eastern State’s Halloween fundraiser, Halloween Nights.